Station 7 - The Surprise - Tomb and Resurrection 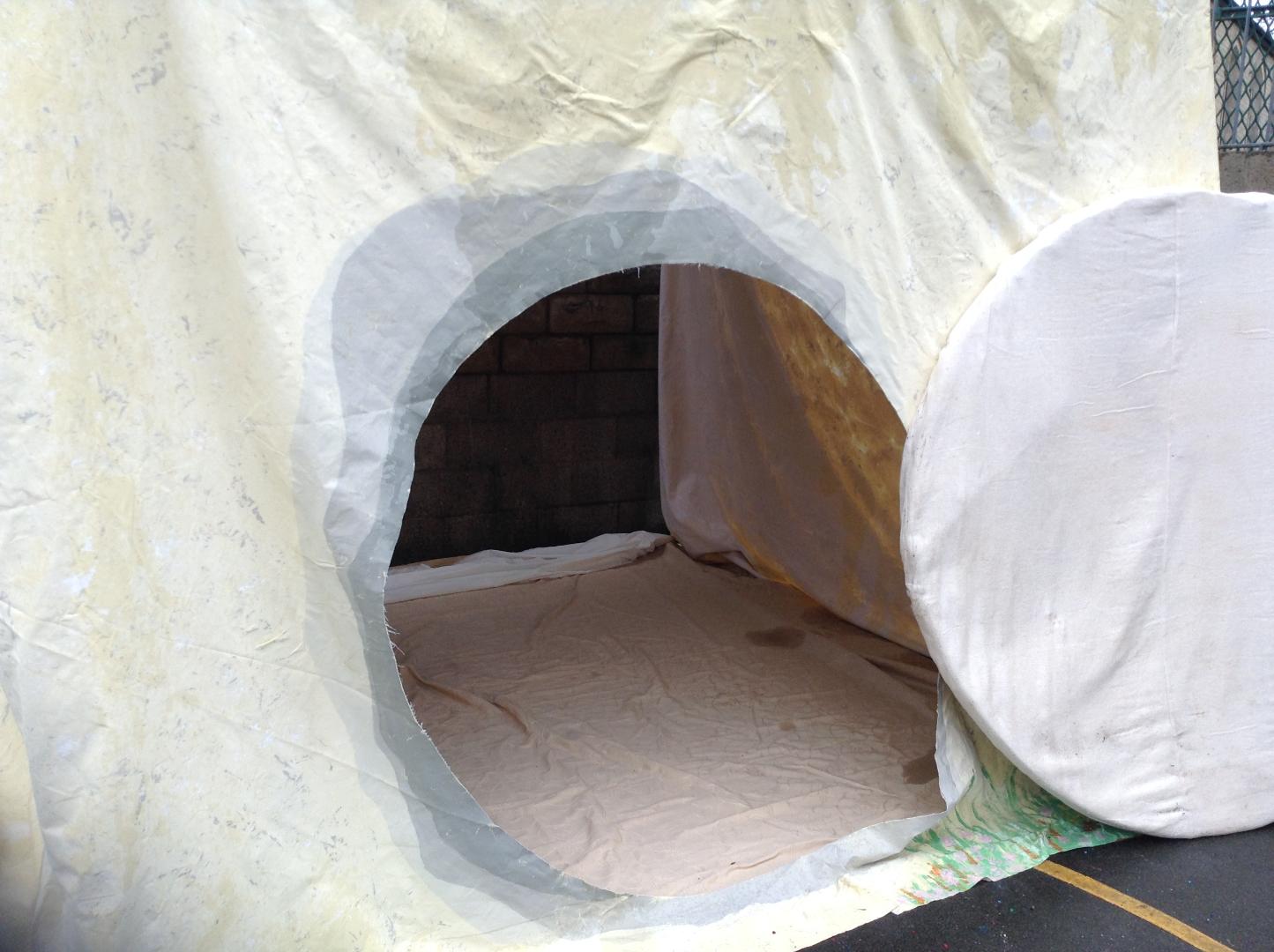 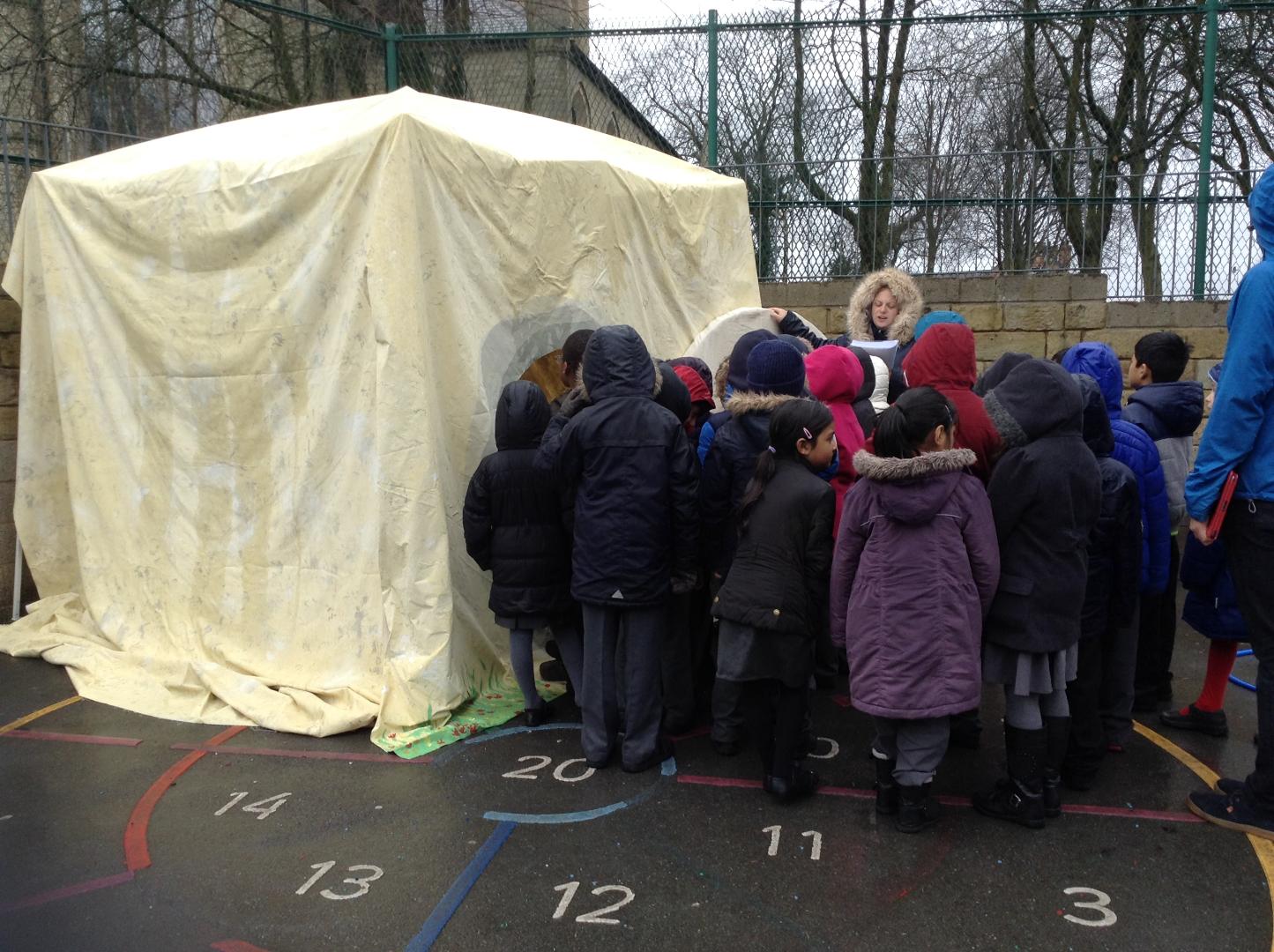 Stand at the sign post pointing the way to the Garden Tomb. (At the bottom of the stairs near Year 3)

There was a garden not far from Golgotha, where Jesus had been crucified and in it was a tomb. This is where they took Jesus and laid him. A giant stone had been rolled across the entrance.
Let us walk together to the garden tomb. (Walk down the steps to outside Year 2)
It was just before dawn on the third day after Jesus had died where Mary and her friends set off for his tomb. As they approached in the grey morning light a sudden earthquake shook the ground. In a dazzling flash of light an Angel appeared and rolled the huge stone away from the entrance. The women were terrified. ‘Don’t be afraid’ said the angel ‘For I know that you were looking for Jesus who was crucified, he is not here he has risen!’  The women crept up to the tomb and peered into the darkness with their own eyes they saw that Jesus was no longer there. They turned and ran away with excitement.Suddenly Jesus met them he was standing right there! The women fell to his feet. ‘Do not be afraid’ smiled Jesus. ‘Go and tell your friends to go back to Galilee they will see me there.’ So the women did just what Jesus said.

Give each child a seed and allow them to plant into the small pots.
Reflect on the fact that the seed is not yet alive but new life will begin once it grows.
(Optional thought - Look carefully at the seed in your hand. It looks as if it is dead but we know that when it is planted in the soil it will break out and new life will begin as its new shoots appear)
As you plant the seed think of it as a symbol that reminds us of Jesus’ resurrection

Remind the children that they can take the planted seed home to grow. Once they have started to flower they can then bring them back into school to be planted in the school garden.