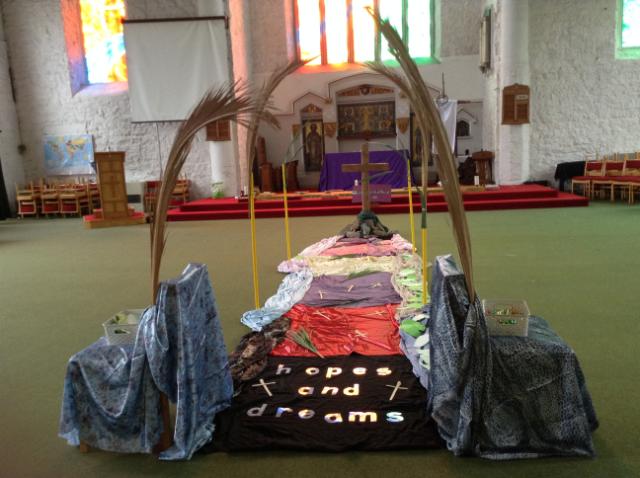 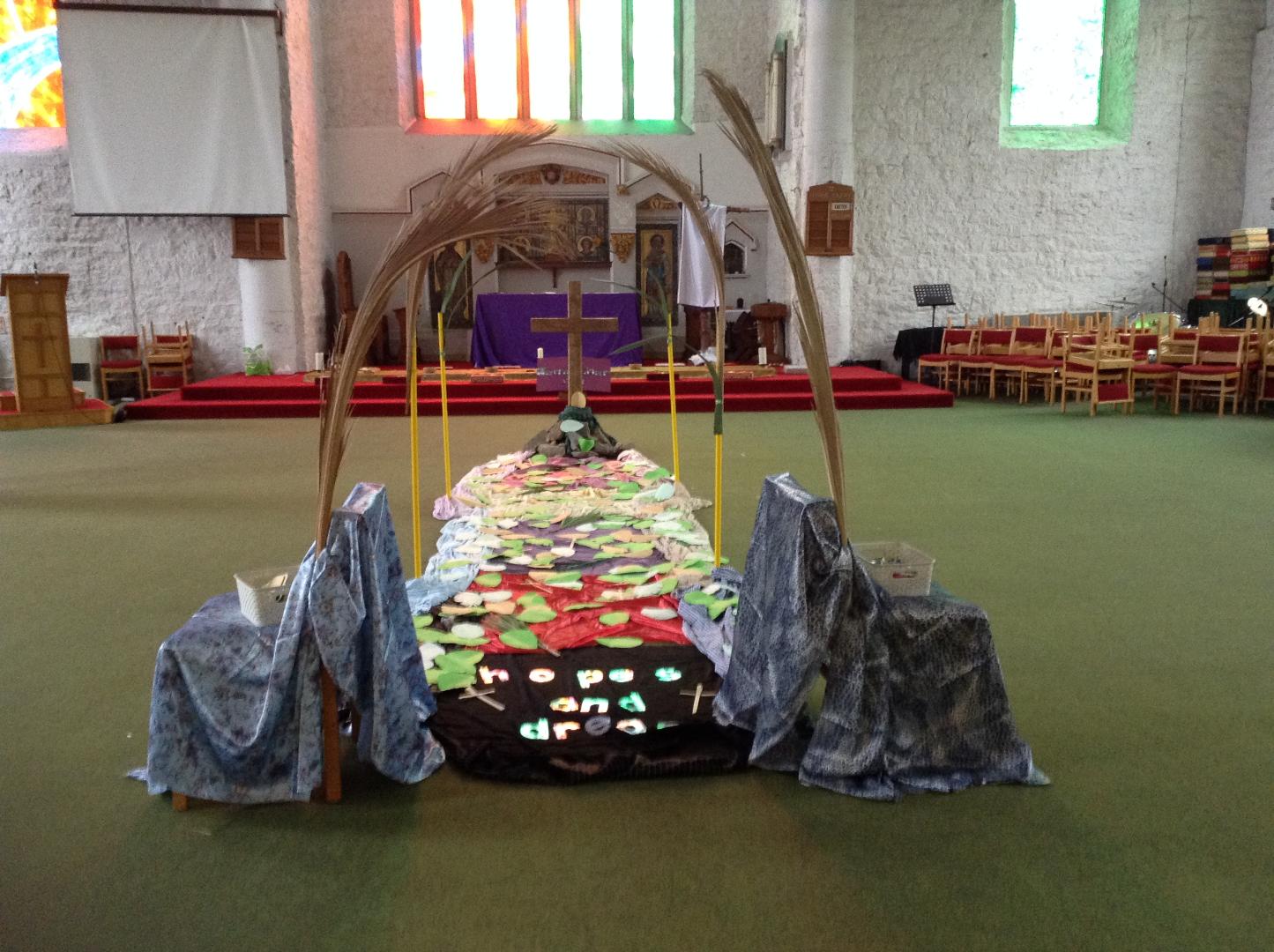 Invite Children to sit at the beginning of the road, facing towards the cross. Explain that we will be thinking together about hopes and dreams. People in Jesus’ land were dreaming of a time when they would be free from the Roman soldiers who ruled their lives. They were hoping for a leader who would help them to overthrow their enemies.

We all dream sometimes about how things could be different and how our lives could be better. As you listen to the story think about your hopes for the future.

When Jesus came into the great city of Jerusalem the crowd were excited and restless. Many of them had heard about Jesus’ teachings and the miracles he had performed. They longed for a leader who would help them to get rid of the Romans from the land where they lived so that they could live in peace, harmony and prosperity. As Jesus rode through the city gates on a young donkey the people cheered and praised God. They shouted “Hosanna! Blessed is the king who comes in the name of the Lord”. As people began to throw their cloaks and palm leaves onto the ground to pave the way for Jesus, their hearts were full of expectations. Some of the religious leaders grumbled at Jesus and told him to stop the crowd cheering, but he told them that even if the crowds were silent that the very stones would cry out!

What do you think that Jesus meant when he said “If the crowds were silent the very stones would cry out”?

Invite each child to choose a palm leaf and write, or draw a picture of a hope or dream that they have for the future.

Finally, lead the group along the side of the path where they can lay their palm leaf along the road, on top of the cloaks.